My wife’s birthday was coming up, and I figured what better way to celebrate than to push her acrophobia to the limit. So I booked an adventure climb of the Story Bridge, Brisbane and surprised her with a forewarning that we had a very important event to attend … in casual clothing and sneakers …

Anyway, as feeble as my warning was, it still worked! We were part of a group of about 12 people who spent a couple of hours just after sunset climbing and walking the length, width, and height of this historic bridge whilst being harnessed to the climbing line. We took in some breathtaking views of the Brisbane River and it was a unique perspective of the broader horizons of the city to which we’re seldom exposed.

Just make sure you’re taking in the views of the horizon, and not the verizon (yes, I just made that up for the vertical view).

I’m reasonably comfortable at heights and I had no issue looking in any direction whilst standing at the peak of this 70+ year old cantilever bridge, but my wife was quite frightened. At one point, I feared she might either push me overboard or through the grated metal flooring in protest against my questionable birthday surprise antics. Thankfully, neither occurred, and by the end of it, it was smiles all around.

Talking about the grated metal flooring, the construction of the bridge began in 1935 and it was completed in 1940. It has undergone the usual renovations that are necessary to maintain such bridges, but what is remarkable is that apart from its name, very little has changed from the original construction. According to our climb guide, only one rivet has had to be replaced in its lifetime thus far. This is truly an engineering marvel.

And to top it off: this is the first of the 30 Things Before I Turn 30 to be marked off! 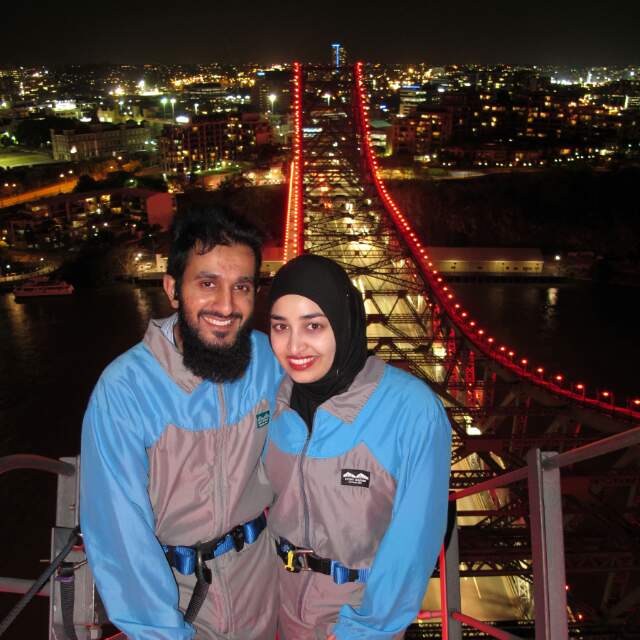