As the blessed month of Ramadhan draws to a close, let us ask ourselves a relevant question: how do we bid this glorious month farewell? I have a few ideas: 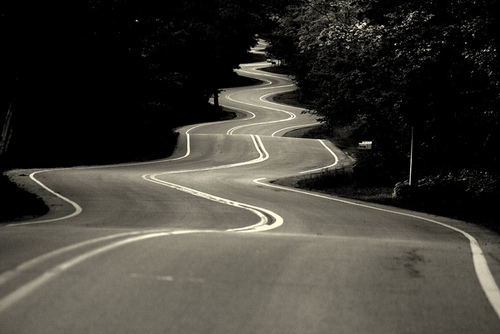 All of the above is done within the context of the purpose of the last ten day’s of Ramadhan, which is for us to ask for emancipation from the hellfire. This process is essentially one of intense, continuous supplication to Allah the All-Compassionate, accompanied with a general increase in consciousness of the current state of affairs.

This last point deserves elaboration. We must make time to reflect on various states: that of the Ummah, that of our local community, and that of ourselves, both inwardly and outwardly. This type of reflection is not confined to the mind; it requires the heart’s committed participation as well.I say this because at this present time, the Ummah is experiencing unimaginable difficulty in many spheres of life, both wordly and metaphysically. On the one hand, the enemies of Islam are waging an intellectual war with their Islamophobic tactics, and the humanitarian crises (which are, by default, Islamic crises) continue to rage with bloody consequences across Muslim-majority lands. Palestine, Syria, Iraq, and Afghanistan are but a few cases in point.And on the other hand, for decades Muslims have lacked the true leadership, spiritual excellence and scholarly dynamism that made us the societal champions in centuries gone by, and currently, sections of the Ummah remain intellectually dormant, uninspired, spiritually impotent, and with little interest in engaging with broader society. As a way around this, most of us have been seeking some true sense of global leadership for decades, and many groups seem to be vying for this role, but their efforts seem to be in vain as the Ummah grapples with sectarianism, both of its own creation and of infiltration by corrupted external influences.I say this not to judge the said groups, for the opinions regarding them vary widely. Instead, I wish to leave you all with a sincere call to action. In one sentence, it is this:

We Muslims have a moral obligation, a spiritual responsibility, and a religious duty, to uphold justice.

I substantiate this by affirming that it was an intrinsic component of the missionary work carried out by the Messengers of Allah, may His abundant peace and blessings be upon them all. Allah says in the Glorious Qur’aan:

We have already sent Our Messengers with clear evidences and sent down with them the Scripture and the balance that the people may maintain [their affairs] in justice. (al-Hadeed, 57:25)

This is not a call to arms, it is a call for civil action. With due consideration for the inherent limitations it has, we do have the ability to contribute to positive change around the world. We are Muslims in Australia, and therein lies the key to a possible solution. The process has many aspects that are worthy of volumes of research and exposition, but t to summarise, I opine that we have the following actions, at the very least:

Our Lord, the All-Seeing, says in the Glorious Qur’aan:

O you who have believed, persevere and endure and remain stationed and fear Allah that you may be successful. (Aali-‘Imraan, 3:200)

In closing, let this Ramadhan remind us of how great we can be, and use it to yearn for the next Ramadhan where we can accelerate our religious efforts again, to further the Ummah’s noble cause, InshaAllah.